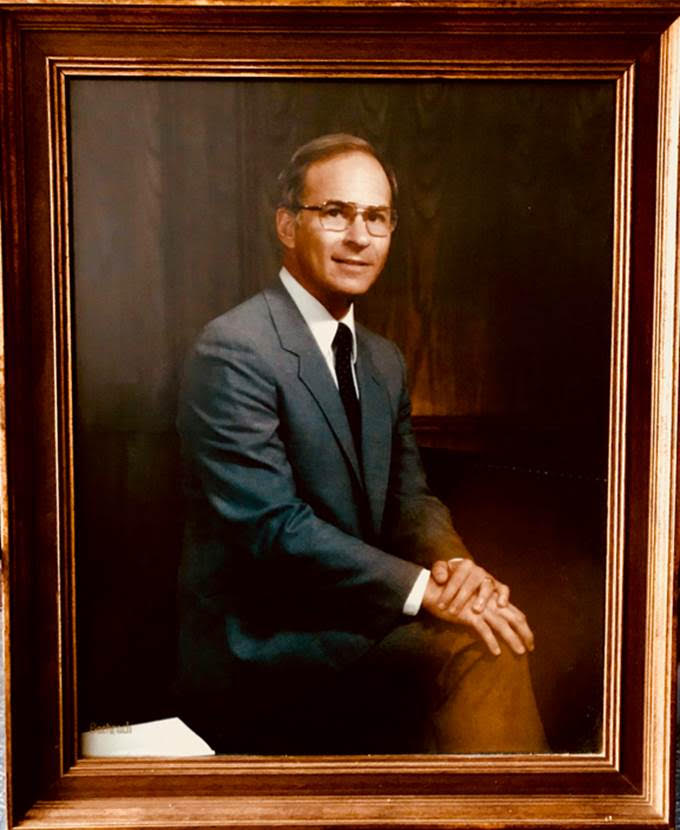 Leonard Jarett, MD, longest-serving Chair in the history of the Department of Pathology and Laboratory Medicine at the University of Pennsylvania School of Medicine, died on January 13, 2018, at the age of 81. Dr. Jarett assumed the Chairmanship of the Department in 1980 and in 1985 was named the Simon Flexner Professor and Chair. He held this position until 1998, when he became Distinguished Professor of Pathology and Laboratory Medicine. From 1984 to 1986 he served as Vice Chairman of the Medical Board at the Hospital of the University of Pennsylvania and from 1989 to 1990 he served as Associate Dean for Faculty Affairs. He was internationally recognized as an investigator in the area of insulin action and was deeply committed to developing an integrated department that excelled in all three arms of the department’s mission: clinical service, teaching, both basic and applied research. A completely redesigned residency program was instituted early in his tenure as Chair.

Dr. Jarett was born in Lubbock, Texas, on August 25, 1936. He graduated from the Rice Institute in Houston in 1958 and received his MD (Cum Laude) from Washington University of St. Louis in 1962. He completed an internship in Pathology at the Barnes Hospital in St. Louis, followed by an Assistant Residency, and became a Trainee in Experimental Pathology in the Department of Biochemistry, Washington University School of Medicine. In 1964, he became a Research Associate, NIH, NIHLD, Laboratory Biochemistry, Section Cellular Physiology, in Bethesda, Maryland. Starting in 1966, he became an Assistant Professor in Pathology at Washington University School of Medicine and was promoted to Associate Professor in 1969 and Full Professor in 1973. He also served as Director of the Central Diagnostic Laboratories of Barnes Hospital until 1979.

Dr. Jarett was also deeply dedicated to academic medicine, with a philosophy that involved training residents in clinical consultation, teaching and research, resulting in a program uniquely suited to train individuals for academic careers. Early in his tenure, he formalized previous decisions that the residency program change its emphasis from training for community hospital practice to training specialists for academic careers. His own research focused on metabolism and diabetes, where he investigated the mechanism of insulin action at the molecular level, the role of insulin internalization and nuclear translocation in the control of cell growth and gene expression. The very first paper he wrote as a first-year medical student in 1958 at Washington University became a Citation Classic. As a resident he showed that nonendocrine hormone-secreting tumors produce immunologically active ACTH. His work on the interaction of insulin with its receptor on the plasma membrane led to the theory that a mediator regulates the activity of key enzymes that control the metabolism of carbohydrates and lipids by altering the state of phosphorylation of these enzymes. For this work, Dr. Jarett was awarded the 1980 David Rumbough Award of the Juvenile Diabetes Foundation.

Dr. Leonard Jarett was the recipient of numerous other awards and accolades. He received the Cotlove Award of the Academy of Clinical Laboratory Physicians and Scientists in 1985 and its Gerald T. Evans Award in 1992. He received an honorary MA from the University of Pennsylvania in 1982. In 1990, Dr. Jarett earned the Alumni Achievement Award of Washington University School of Medicine. In 1995, the Department established an Endowed Professorship in his honor. He received the Presidential Citation of the American Association for Clinical Chemistry in 1997, the Distinguished Service Award of the Association of Pathology Chairs and the Luigi Mastroianni Clinical Innovator Award in 1998, and the prestigious “Gold-Headed Cane Award,” an award he was particularly fond of, in recognition of his long-term contributions to the field from the American Society for Investigative Pathology in 2000. He authored more than 150 original papers, served on editorial boards for nine journals, and published close to 30 books and chapters.