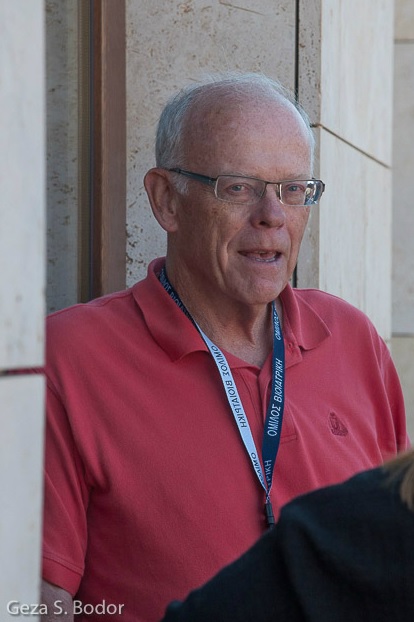 Dr. Jay M. McDonald passed away on June 5, 2019, at the age of 75, from complications following cardiac surgery.

Jay received his B.S. from Tufts University in 1965, M.D. from Wayne State University in 1969, did a Medicine internship at Oregon and then an AP/CP residency at Wayne State and was board certified in both AP and CP.In 1974 he came to Washington University as a clinical chemistry fellow with research with Leonard Jarett, M.D., the first Chief of the Laboratory Medicine division.He joined the faculty in 1976 as Co-Director of Clinical Chemistry with me.From 1981-1990, he was the second chief of the laboratory medicine division then a division of both Pathology and Medicine.From 1990 until2008, he was Chair of Pathology at the University of Alabama at Birmingham

During his time there he brought the department to sixth in NIH funding. He founded in 1996 (and led until 2010) one of only five centers for metabolic bone disease.Jay published over 200 peer-reviewed papers and was on three editorial boards and editor-in-chief of the American Journal of Pathology 2003-2008.He received many awards and honors including the 2010 Lifetime Achievement Award in Clinical Chemistry and Laboratory Medicine from the American Association for Clinical Chemistry (AACC), a Distinguished Service Award from the American Society for Clinical Pathology (ASCP), the Gold Cane Award for lifetime achievement of the American Society for Investigative Pathology (ASIP),a fellow of the Royal College of Pathologist and an Evans Award  from the Academy of Clinical Laboratory Physicians and Scientists (ACLPS).He was also president of ACLPS and got the Paul E. Strandjord Young Investigator Program off the ground in the 1980’s.

Along with his wife Sarah, he created the Jay M. McDonald Professorship in Bone Pathobiology and the Jay M. McDonald Endowed Chair in Laboratory Medicine.
On a personal level, Jay was always upbeat, straightforward, and a great mentor A dear friend to many of us.He will be missed.